Published: 17 June 2019 - 1:07 p.m.
Huawei's not been having the best year after recording a strong start in 2019. Now leaked renders of the next Mate 30 Pro have surfaced online.
The renders surfaced on Chinese website, IT Home so take these images with a pinch of salt but they do correspond to details about the device so the renders seem to have an air about being genuine. 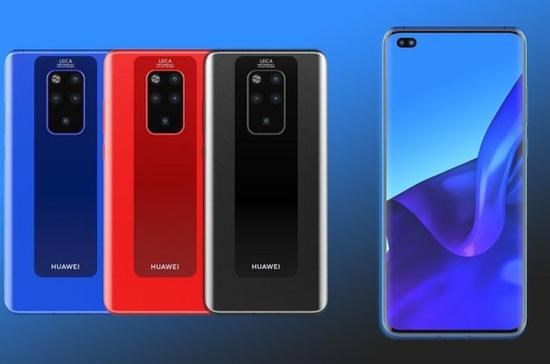 The Mate 30 Pro sports 4 cameras instead of the three with a rectangle panel instead of a square and dual-lens front facing camera, the kind we've seen in Samsung. It will come in three colors, Black, Red and Blue. Leaks and rumors suggest the handset has a 6.7" QHD+ screen that may come with a 90Hz refresh rate and Huawei's patented zoom technology which we saw in Oppo. Additional details also point to a bigger battery capacity and a new Kirin processor. Now all of these are subject to speculation given that Huawei says that it will lose USD 30 billion in revenue due to the ongoing trade escalations between the company and the USA. Audience reception for a different OS may also deter users to get the new Huawei.
X

Quote of the day: From Yoshiaki Harada, Japanese environment minister

More news from the industry

Electric Vehicle Safetyto be enforced by 2021 in China

10 of the best hospitality schools across the Middle East

ADNOC to reduce greenhouse gas emissions intensity by 25% by 2030